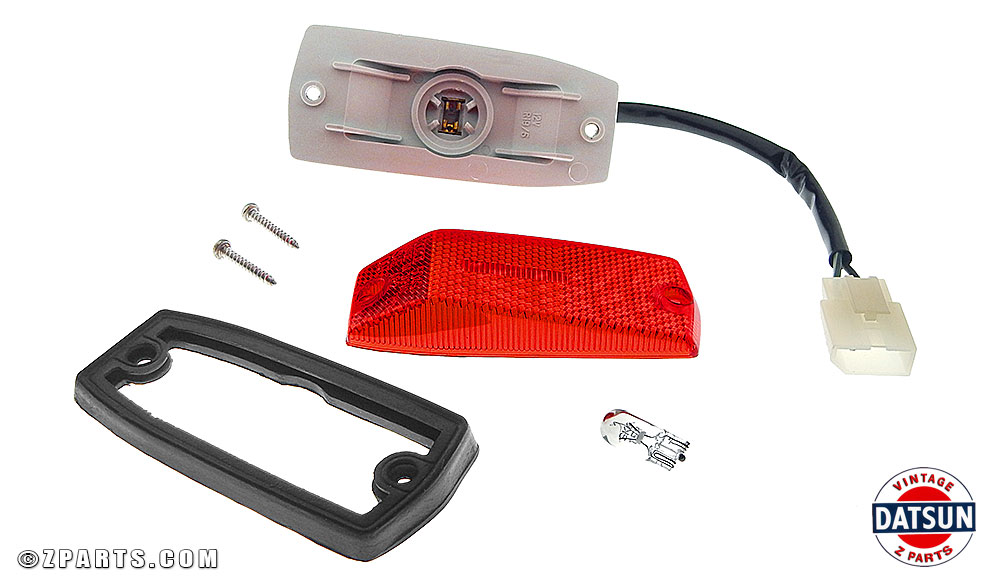 After 30 years of parting out Z cars and collecting vintage parts the contrast of how a similar part has evolved in construction and improvement from one model series to the next, often catches arouses my interest to study the intelligence (or lack of!) and economics related to these parts as well as to keep myself up to date on later model parts.

This morning I found myself disassembling the relatively simple constructed  marker lights from a 280Zx trying to clarify what components might be or not be interchangeable from front to back or side to side.  I do this often because years of dealing with Nissan parts has taught me that Nissan can be unpredictable on matters of parts used on what appears at first to be basically the same light with just a different length pigtail attached.  In the case of ZX marker lights, oddly, some components are common to either side or even front to back, but others are totally unique to just one specific corner of the vehicle.

A bit later I will add a bit more explanation and maybe a few more photos, but for now I’ll just add the one photo to this post so I can get back to work with more pressing daily tasks.

Thought I'd take a moment to share with others a s